Practice of Intensive Therapy has emerged as a growing concern within the past two decades. Its growth in these early years has been dramatic; not only has its inﬂuence spread extensively to involve most progressive medical centres. but in recent times, it has begun to generate its own specialised research technique and procedures.

Some years ago, it occurred to me that although there were many books on intensive therapy, there was none that was quite suitable as a practical book forsenior students, for the recently qualified or for junior teachers in training.

This book makes no claim to originality. It has been my objective merely to give an account of various modern management of complicated problems. At the same time I have personally tested most of these form of treatment. Indescribing the various treatment, I have paid considerably more attention to some subjects than to others.

The text is intended to have a wide appeal to all who are involved in the care of acutely ill whether in intensive therapy unit, in the general ward, or in transit to the hospital. The precise role of intensive therapy in modern medical practice is well understood.

I sincerely hope that your reading of the following pages may not only prove proﬁtable to you but may stimulate your permanent interest in a fascinating subject, much of which is still not fully understood.

To the student, who must leam water and electrolytes balance, the following advice is offered. Never attempt to learn the whole subject until anatomy and physiology of the cells has been mastered.

Never reach to conclusion only on laboratory data, always correlate with bedside ﬁndings.

I would like to thank all my colleagues who helped me to prepare this book with their endless efforts and constant guidance. _ 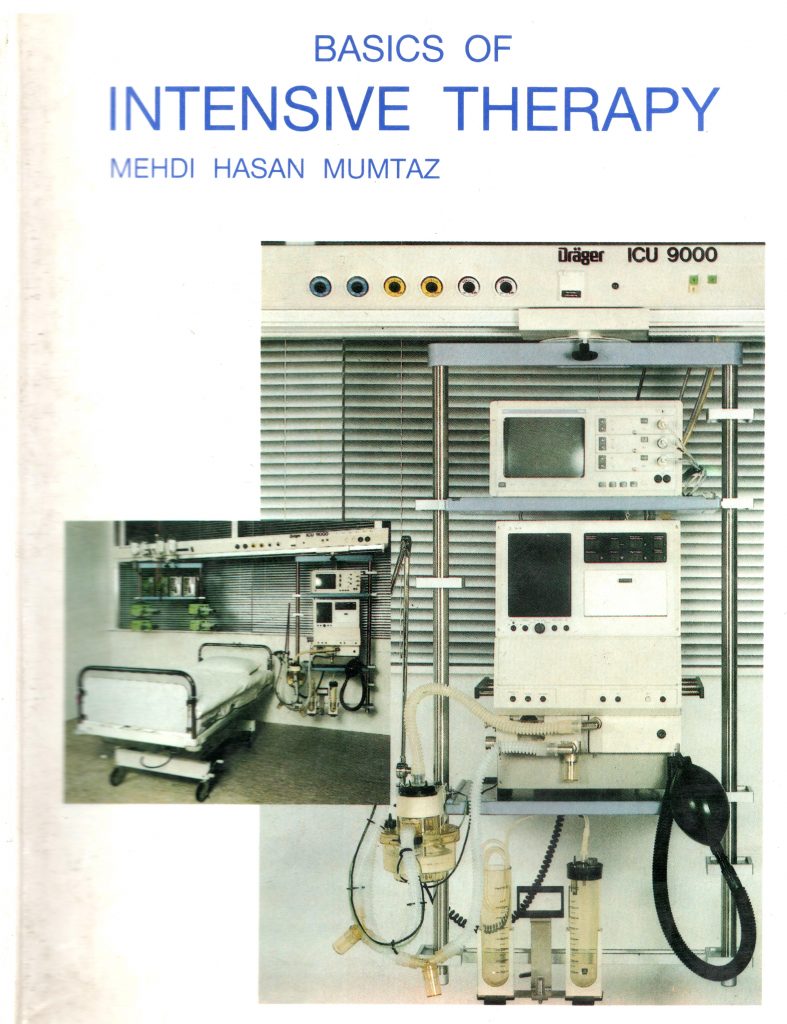